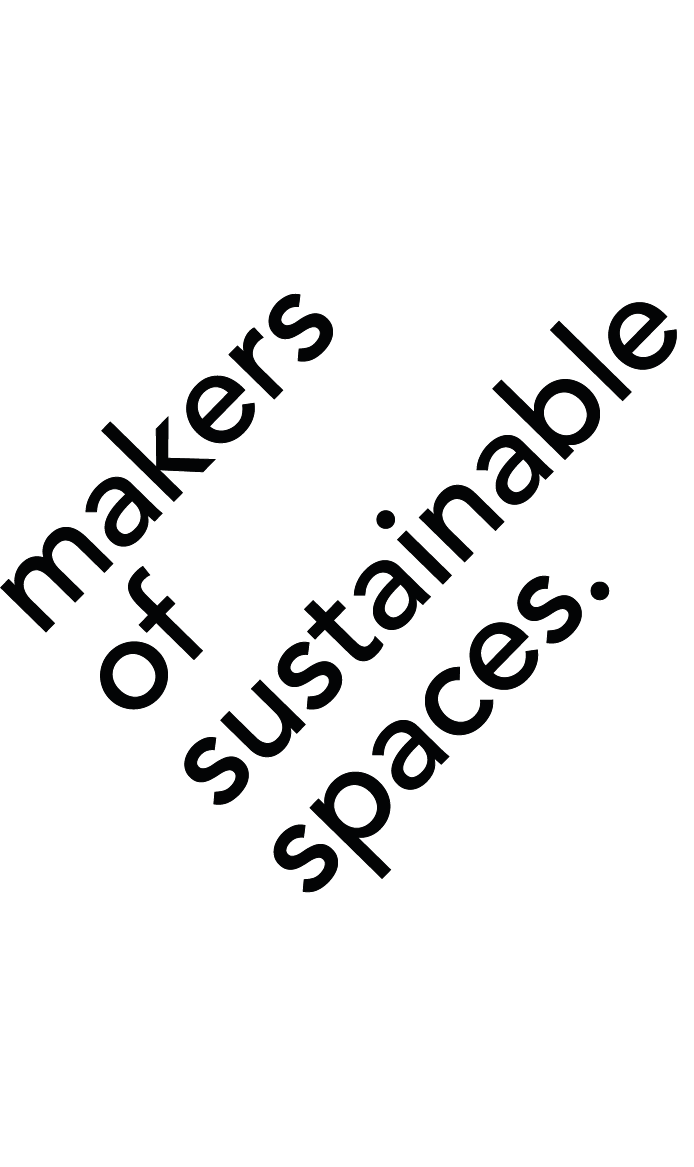 Here at MOSS we often find ourselves looking for inspiration, not only in the present, but sometimes even in the past.  It’s crucial for our design process to analyse case studies and find common features of our vision.

Dr. Stephen R. Kellert, Professor of Social Ecology at the Yale University, was one of the first ecologists to study the concept of biophilia and to theorize the relative notion of Biophilic Design.

“Biophilic design is the expression of the intrinsic human need to associate with nature in the design of the built environment. The basic premise is that the positive experience of natural systems and processes in our buildings and built landscapes remains fundamental for human performance and well-being.”

In a world like ours, highly dominated by artificial constructions, where climate change and species extinction are looming, it is increasingly rare to find hints of nature in everyday life. That’s why the concept of biophilia (sensitivity to a design approach more linked to biological nature), is taking on ever greater social and political urgency.

It may seem strange to think that this urgency to design involving nature actually dates back to a broader and more ancient architectural current: that of Organic Architecture and Biomimetic Design.

The Organic movement refers to a design approach that aim to integrate itself with nature instead of going against it, celebrating the natural world.

Biomimetic Design, whose development is intertwined with Organic movement, seeks solutions for building sustainability present in nature, not only by replicating their natural forms, but also by understanding their mechanisms of survival. Biomimicry is by definition the act of learning from nature, borrowing designs and strategies that have worked in place for billions of years.

The man who coined the term was Frank Lloyd Wright, renowned architect of the early 1900s. He treated a building as something alive, its development was influenced by the primary forces of nature: sun, wind, water and gravity.

“Buildings, too, are children of Earth and Sun.”

His most famous building is “Fallingwater”, which hovers over a waterfall in the Pennsylvania hills, wedging into the rock formation. It finds the perfect balance between nature and built space and represents the supreme victory over all the limits that had conditioned architecture for millennia, everything in this building is innovative. 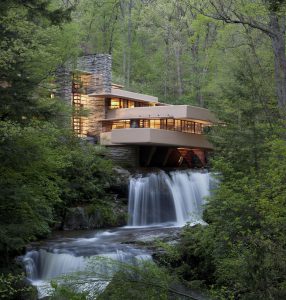 Less well known is the brilliant and charming project by the Mexican architect Javier Senosiain, Casa Organica: initially conceived as a one-bedroom, peanut-shaped home set partially underground on a grassy hillside located in the north of Mexico City, in an industrial suburb called Naucalpan.

Extraordinary not only for his innovation, being built in 1984, but also because it was his very first project, it’s a great example of Biomimetic Architecture.

His aim was to create a house that would embrace nature in every aspect, detaching himself from preconceptions about what a proper house should be like. He decided to completely exclude the straight line in its designs, as:

“The straight line is pretty much absent from nature: everything from microorganisms to the macrocosm, from DNA strands to galaxies, shifts in spirals.
Before we’re born, we’re floating in our mother’s belly, like astronauts in space or a permanent Jacuzzi, but then we’re pushed into a box, a crib, and we move from one box to another throughout our lives — playpens, bedrooms, square houses — until we die and are put in another box. We make life for children very square, killing off liberty, spontaneity, and creativity. My designs want to go against this rule of life.”

As his family grew bigger, he managed to change the project during construction, the result is a custom home divided in two spheres: one social, the other more private and intimate.

The construction process is totally fascinating: he used the ferrocement technique – traditionally a system of construction using moldable material (reinforced mortar or plaster) applied over an “armature” of metal mesh.

We have highlighted the biophilic features this brilliant house presents:

Another great example of Organic architecture, also Mexico-located, is the Visual Arts Center Azulik Uh May, just outside Tulumn, realized in 2018. This is the latest project of Roth (aka Jorge Eduardo Neira Serkel), the founder and designer of the eco-resort AZULIK, and the adjacent art space IK LAB. Roth is an argentine entrepreneur, artist and self-taught architect whose architecture is environmentally conscious.

Just like Javier Senosian, Roth’s own creative process is entirely related to the natural world.

AZULIK uh may was inspired by the richness of its natural environment and the ancient heritage of the local mayan culture, it has been conceived as a flexible venue that contains an arts and crafts school, an art space, a fashion and design lab, a recording studio and residencies for creative talents.

Among the reasons for its uniqueness, we can list:

The shapes used to molt the structure are of natural inspiration.

Spiritual connection to a biophilic space evokes an ancestral feeling.

What is deeply interesting of Roth’s approach is his design process: he believes it to be a daily act of improvisation. He doesn’t use premeditated plans, as all his projects are built without heavy machinery but manually, with the help of his team he sculpts each building on site daily. According to their design philosophy the shape of the space has a way of revealing itself little by little, one day at a time.

“With this in mind, we respect the natural environment from the beginning of our creative process, adapting to the ancient wisdom of nature that is revealed in its ecosystems:
The relief of the soil, the presence of natural elements such as water the flora and fauna.”

To conclude, we can say that the key of sustainable design is to find the right balance between art, nature and the surrounding environment, so that it is possible to configure spaces that involve both from a material, spiritual and psychological point of view.

“Organic dynamism reflects and promotes the real behavior of man, focuses on contents and functions” and therefore the task of organic architecture is “… to make the configuration of the building descend from all the activities that take place there, seeking the material, spiritual and psychological happiness of the users in the spaces lived, and extending this need from the private to the public sphere, from the home to the city and to the territory. Organic is therefore an attribute that is based on a social idea, not on a figurative intentionality; in other words, it refers to an architecture aimed at being, before being humanistic, human.”